The Worst Part was Telling My Kids 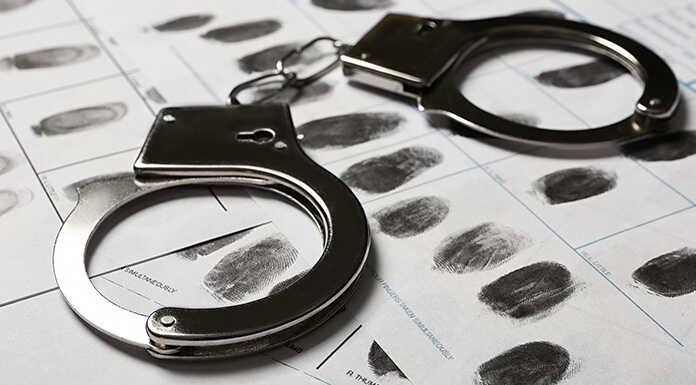 Tasked with investigating suspected insurance fraud, a Special Investigations Unit is naturally exposed to individuals who are more likely to be dishonest. While most claims are wholly legitimate, there is unfortunately that group of individuals who will attempt to commit insurance fraud. It is clear that the people in this group are the ones willing to take the risk. They fall somewhere along the spectrum of extreme risk takers to being risk unaware. I believe that the risk that most take is, at best, an uninformed one. Do they know that they could be up against felony criminal charges? Do they know that they could lose their job? Do they know that they could be saddled with a court order to pay back any monies wrongfully gained by their crime, including the cost of investigating their crime? The answer to these is almost certainly, no.

The risk that they take, however, is not limited to this. What does it actually mean to be convicted of insurance fraud? What is the true impact of this crime? The answer to this depends upon what you are risking. Industry studies commonly indicate that males in their twenties are statistically more likely to attempt to commit insurance fraud. Ego, social pressure, unrealistic economic expectations…sure, these are all in play when we see this pattern amongst this age group. What I would argue, however, is that another factor is in play, the lens which this group views “risk” through is typically inwardly considerate as opposed to outwardly considerate. In other words, the risk they take during this age range is more likely to be viewed as only impacting them. Without a significant other, nor possibly children as part of their realm of concern, they then believe the only one to suffer if they are to be caught is them, and ego convinces them that they won’t be the one to be caught. While short-sighted, I would suggest that this is a foundational reason why younger adult males are believed to attempt insurance fraud more often than other age ranges.

Allow me to reinforce my point. A couple of years back I had the opportunity to speak with the family of an individual whom I had investigated for insurance fraud. My investigation uncovered evidence indicating his attempt was to defraud his employer as well as ICW Group via a workers’ compensation claim. After completing my investigation, the claim was defended using the evidence gathered. I referred the matter to law enforcement for further investigation and ultimately for criminal prosecution consideration. Based upon the evidence that I had compiled, along with that which the District Attorney’s Office had gathered, this individual was prosecuted for insurance fraud. He received a felony, lost his job, and was ordered to pay restitution as a result. While dutifully paying his court ordered restitution, he was only able to do so in monthly installments. After several years of payments, job opportunities seemed to be less abundant of late, and he was financially strained. His adult daughter, knowing the impact this crime had on her father, decided to reach out to the insurance company that he had attempted to steal from to ask for leniency.

The call reached me. Not knowing that I, now a manager in ICW Group’s Special Investigations Unit, had been the assigned investigator on her father’s case, this concerned daughter opened up to me. She explained how the crime had impacted her father’s life and the sincere remorse that he had. It was then that she recounted how her father, typically an emotionally reserved and proud man, confessed to her that the hardest part was when he had to tell his son and daughter that he was a felon. You see, this was not a young man with a distorted belief of nothing to lose. This man had arguably risked something greater than a job, money, a clean criminal record, or even his freedom. This man had risked the respect of his family and, with the decision to commit insurance fraud, possibly altered that forever.

“The worst part was telling my kids.“

While we can all agree that consequences are necessary, we can also agree that people are not always the best judges of if, how, when, and to what extent our choices today will impact tomorrow. ICW Group’s Special Investigations Unit is equally invested in deterring individuals from committing insurance fraud in the first place. From keeping each other safe on the jobsite, to trainings regarding the impact and consequences of insurance fraud, it is our sincere hope that all the workers which we have the distinct pleasure to insure will stay safe and out of trouble, as the risk to do otherwise is not worth it.

How can we help our employees to avoid making short-sighted and uninformed decisions that could lead to significant consequences? We strongly believe in this approach to fighting fraud and continue to develop resources for our customers to do just that. Just as your efforts to keep your employees safe is the best way to avoid work injuries, clear messaging to your employees regarding the impact and consequences of insurance fraud is an essential part of your fraud defense strategy. For additional resources and information, you are encouraged to visit ICW Group’s Policyholder Center, review anti-fraud information and materials, and watch our anti-fraud webinars.