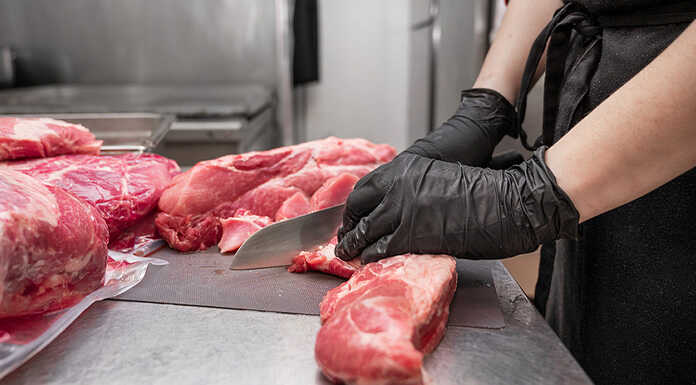 A 29-year-old Los Angeles man is charged with multiple felonies related to his workers’ compensation claim.

A meat cutter by trade, this individual alleged to have sustained injuries across multiple body parts. The claimed injuries were supposedly severe enough to limit his ability to take care of himself, let alone work in a similar capacity.

ICW Group’s Claims Department recognized various red flags surrounding the gentleman’s claim. Notably, he made no prior report of any injuries until after working for the company. It was also known that this full-time meat cutter was a part-time trainer and participated in bodybuilding competitions. Coworkers reported no prior indication that he had sustained any injury. Quite to the contrary, he seemed to be rather physically fit.

ICW Group’s investigation revealed a history of past insurance claims, proof of his participation in bodybuilding events, and surveillance footage contradicting his claims of a physical disability.

During the deposition and his medical exam, the gentleman failed to fully and accurately describe both his injury history as well as his true physical limitations.

ICW Group’s Special Investigations Unit compiled the available evidence, referring the matter to law enforcement for investigation consideration. Upon completing their investigation, prosecutors believe that insurance fraud may have been committed. This gentleman is presumed innocent until proven guilty. ICW Group will continue to cooperate with law enforcement as this matter proceeds through the criminal justice system.